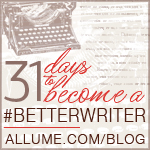 
Read this article about the origin of St. Patrick’s Day. Write a 200-300 (word count is fluid...this is just something to aim for) word post about this article. You can write an overview or you can focus in on one aspect. Perhaps you have a family memory or tradition that ties into the article. Growing up, all I knew about Saint Patrick's Day was that it was something about shamrocks and four leaf clovers and leprechauns and pots of gold and the end of the rainbow and the color green and pinching. Pinching? Who in the world thought of that? Although the article I read didn't cover it, I did a little hunting on the interweb and found out that it is an American tradition (probably dating back to the 1700's). Apparently there was a belief that wearing green made you invisible to leprechauns and thus, if you were not wearing green, the leprechauns would be able to see you and pinch you. People began pinching those not wearing green to remind them that they were visible to the leprechauns. Silly, right! Don't say I never told you anything informative! :) 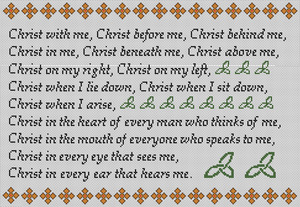 Picture Credit: Here and Here
Posted by Unknown at 7:08 PM

Email ThisBlogThis!Share to TwitterShare to FacebookShare to Pinterest
Labels: Everything Else, Holidays

I ❤❤❤ to hear from my readers. Please leave a comment.

Newer Post Older Post Home
Subscribe to: Post Comments (Atom)
The Eternal your God is standing right here among you, and he is the champion who will rescue you. He will joyfully celebrate over you; he will rest in his love for you; he will joyfully sing because of you like a new husband. ~ Zephaniah 3:17