Damaris is a 5th Grader!

I've been trying to get these posted for a week now & finally am getting it done today. Damaris had her first day of 5th grade last Monday. Please pray for her as she adjusts to a larger school & a larger class than what she experienced in Abilene. Please pray that God will bring some special friends into her life.

Posted by Unknown at 7:31 PM No comments:

We finally have our own internet, it was just installed today (we've been "borrowing" from a neighbor who had an unsecured network, thanks unknown neighbor! but we had to sit in a certain place in the apartment to get it to work & it was just too hard to try to blog, thus my absence from blogging). So I thought I'd take some time to update yall on what's been going on with us.

We're getting settled in here in Houston, actually Stafford if you want to be picky about it.

Damaris started 5th grade yesterday. Pray for her as she adjusts. She's struggling with making friends in this new, larger school. There are 27 kids in her class. She does like her teachers & came home excited today to audition for the 5th grade choir in a few weeks. Russ takes her to school in the mornings & she rides the bus home in the afternoons even though her school is directly across the street from our apartment. They do not have a crossing guard like we thought they would, but the bus picks her up & drops her off within just a few minutes of school being out, so it's not bad at all.

Russ interviewed for a job at Sear's today. They said they would have offered him a job on the spot if he had more open availability to work. The problem is that I have to be on call several times a month & someone needs to be at home with Damaris. Russ did tell them he would have some availability that he could let them know about once I get my monthly schedule. They said they would look at the schedule & get back to him. He's put out several other applications but has gotten no other call backs so far, most likely because of his limited availability. Please pray that god would provide a good job for him that works with the hours he is available.

And me, I start work a week from today. I'll be riding the bus to work. Thought it was going to be pretty expensive (but less expensive than gas & parking), but found out yesterday that it will only cost about $50 a month. Much better! I'll have to spend about 10 minutes more a day on the bus but the monetary savings is so worth it. I'm really excited, yet nervous, to get started at the hospital. It's going to be a very intense year, but I know it will be a great learning experience for me.

As for our apartment, it's finally unpacked. If you follow me on Twitter, you know some about the fiasco. Our apartment was supposed to be ready for us to move in on Friday morning. We got here & signed the lease only to be told the apartment wouldn't be ready until 2pm because they weren't done cleaning the carpet. We came back at 2pm & were told they decided to replace the carpet & would be done in 15 minutes. We got the keys & came up to the apartment to be told that it would be another 3 hours before the carpet was done. We had a limited window of availability for most of the people who were helping us unload. So we ended up unloading onto the 3rd floor landing, did I forget to mention our apartment is on the 3rd floor? what were we thinking????, & then moved everything in once the carpet guys were done. We headed back to get the 2nd load of stuff & it started raining. Not just raining, but a downpour, sheets of rain coming down. Most of our help had to leave. We finally finished around 11pm. It was crazy! Then Uhaul had the audacity to call at 7:30 the next morning asking us to bring the truck back early. Ugh! The apartment complex is cutting about 25% off of our September rent because of the inconvenience they caused. We got most of the unpacking done on Saturday & Sunday (after we slept in super late Sunday morning). Russ & I finished up yesterday morning. It was such a relief to be done.

I'm adjusting my sleep & wake-up schedule to get ready for the super early hours I'll have starting next week. It's been nice though to have free time during the day the last couple of days. I've been doing lots of knitting while listening to an audio book as well as working on scanning some more pictures so I can save them as digital files. It's been fun to look through lots of old pictures.

Well, I've been working on this post for over an hour now because I keep getting distracted watching Ace of Cakes. It's almost time to put Damaris to bed, so I'd better close for now. Please keep us in your prayers, especially the requests mentioned above & for me as I adjust to this new schedule.

Posted by Unknown at 8:56 PM No comments:

Email ThisBlogThis!Share to TwitterShare to FacebookShare to Pinterest
Labels: Damaris, Everything Else, Family, Ministry, Russ

We made it safely to Houston yesterday afternoon. We unloaded the extremely full Uhaul truck into our sweet friends garage. They are so wonderful to allow the three of us to move into their full household of 6 people while we wait a week for our apartment to be ready. The plan is to reload a Uhaul truck on Friday and move the 2ish miles down the road to our apartment. The real struggle is going to be getting everything up the three, yes 3!, flights of stairs to our apartment. I have to go to deal with some of the human resources stuff for my new job tomorrow morning & then we need to get Damaris enrolled in school tomorrow as well. Russ also plans to start looking for a job in the next couple of days.

One huge change that we're adjusting to is the humidity. We're used to the dry heat, so it's a big deal for us to deal with all this humidity. After we finished unloading the Uhaul yesterday, we were all soaking wet from the sweat which was a new experience. LOL!

Another thing that has kind of cracked me up is looking at the weather radar map on my Weatherbug. We've never lived anywhere where when you bring up the radar map, you see the blue of water on the screen. I hope we can take Damaris to visit the ocean soon.

OK, it's after 10:30pm & we have a busy day tomorrow. Need to get adjusted to a new sleep schedule, but it's hard when you just want to stay up after the kiddos are in bed & catch up with friends. Thanks for the prayers & words of support & encouragement as we continue on this journey. Good night friends!

Email ThisBlogThis!Share to TwitterShare to FacebookShare to Pinterest
Labels: Everything Else, Family, Ministry 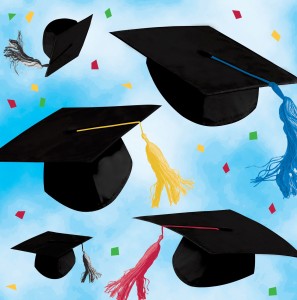 I am done with my Master of Divinity degree. Wrote my last paper yesterday, submitted it, and I am through! 128 days until graduation! Now to finish packing this house and get ready to move in 8 days and 22 hours!

Email ThisBlogThis!Share to TwitterShare to FacebookShare to Pinterest
Labels: Everything Else, Ministry

Our Next Step in the Journey

Update - Just got the phone call in the last few minutes that the situation with our credit report has been cleared up & we are approved to move into the apartment in Houston (Stafford actually). We will load the truck a week from Friday & move on Saturday the 15th. Thanks for your prayers!

Original Post - August 2, 2009 @ 10:51AM
Several people have asked for details about what's going on with us, so I'm writing this as a blog entry, but will most likely also share it via email with those who might not read my blog.

We went to Houston over the last few days. I interviewed at St. Luke's Hospital as was offered a position as a first year chaplain resident for September 1, 2009 through August 31, 2010. I will formally accept via a letter tomorrow, but I verbally accepted when they offered me the position.

We did find an apartment that will work for us. It is across the street from Damaris' school & within 2 miles of the park & ride station from which I can ride the Metro bus to & from work. There is a bit of a snag though. Something that should have been removed from our credit report years ago did not get removed by all 3 credit report agencies. We did not find this out until after 5:00 on Friday night. I will be making phone calls first thing in the morning to try to resolve this.

Please specifically pray that when I make the phone calls in the morning, this negative item will be able to be immediately removed so that we can have a place to live. Otherwise, we are not sure what we will do for a place to live.

The current plan is to load up the moving truck on Friday, August 14th & drive to Houston on Saturday, August 15th.

Thank you for all the prayers, support, & encouragement as we've been struggling through what we needed to do. I appreciate each of you so much!

Posted by Unknown at 2:00 PM No comments:

Email ThisBlogThis!Share to TwitterShare to FacebookShare to Pinterest
Labels: Everything Else, Ministry

Many years ago, God gave the following Scripture to Russ & I. We had just lost our first baby, J.T., to miscarriage & we were lost & floundering, hurting, grieving, just needing to feel Him present with us. He gave us Zephaniah 3:17.

For the Lord your God is living among you.
He is a mighty savior.
He will take delight in you with gladness.
With His love, He will calm all your fears.
He will rejoice over you with joyful songs.

Email ThisBlogThis!Share to TwitterShare to FacebookShare to Pinterest
Labels: Family, Jordan Taylor, miscarriage, Russ
Newer Posts Older Posts Home
Subscribe to: Posts (Atom)
The Eternal your God is standing right here among you, and he is the champion who will rescue you. He will joyfully celebrate over you; he will rest in his love for you; he will joyfully sing because of you like a new husband. ~ Zephaniah 3:17