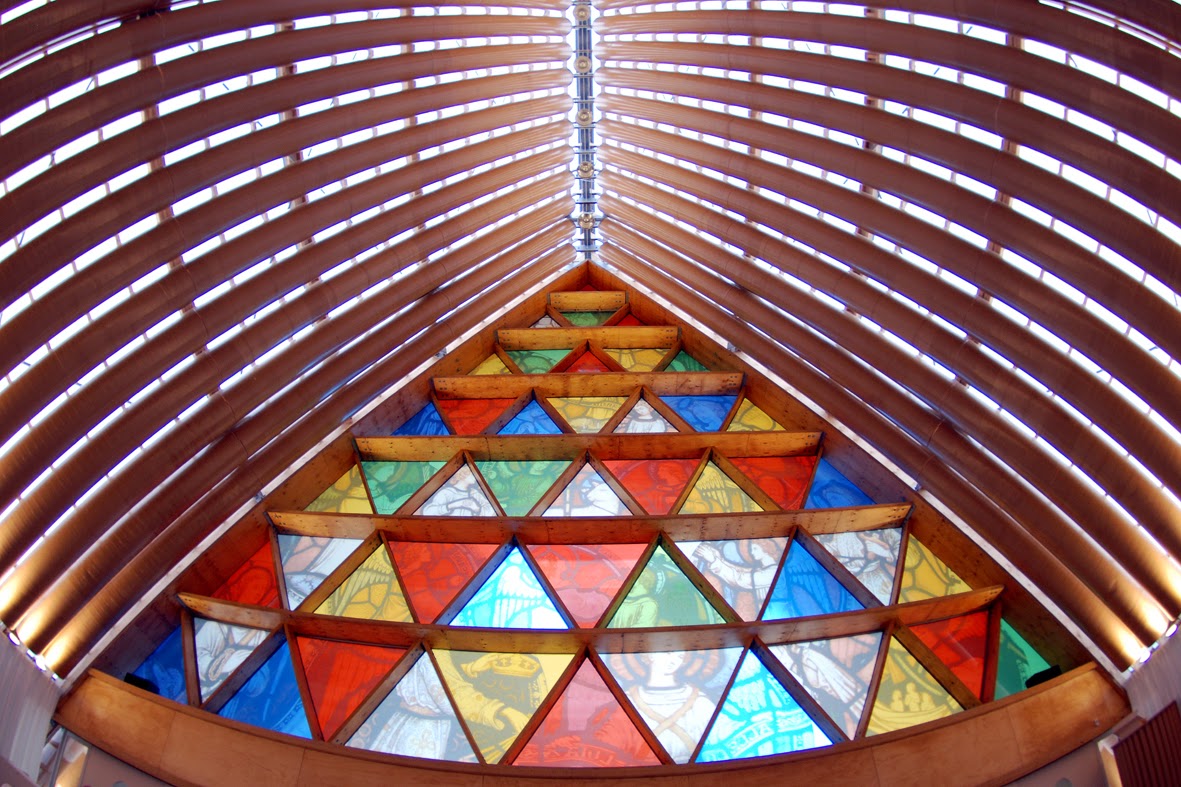 Artist of souls,
you sculpted a people for yourself
out of the rocks of wilderness and fasting.
Help us as we take up your invitation to prayer and simplicity,
that the discipline of these forty days
may sharpen our hunger for the feast of your holy friendship,
and whet our thirst for the living water you offer
through Jesus Christ.
Amen.

Prayer & Image Credit
Posted by Unknown at 11:36 AM No comments: 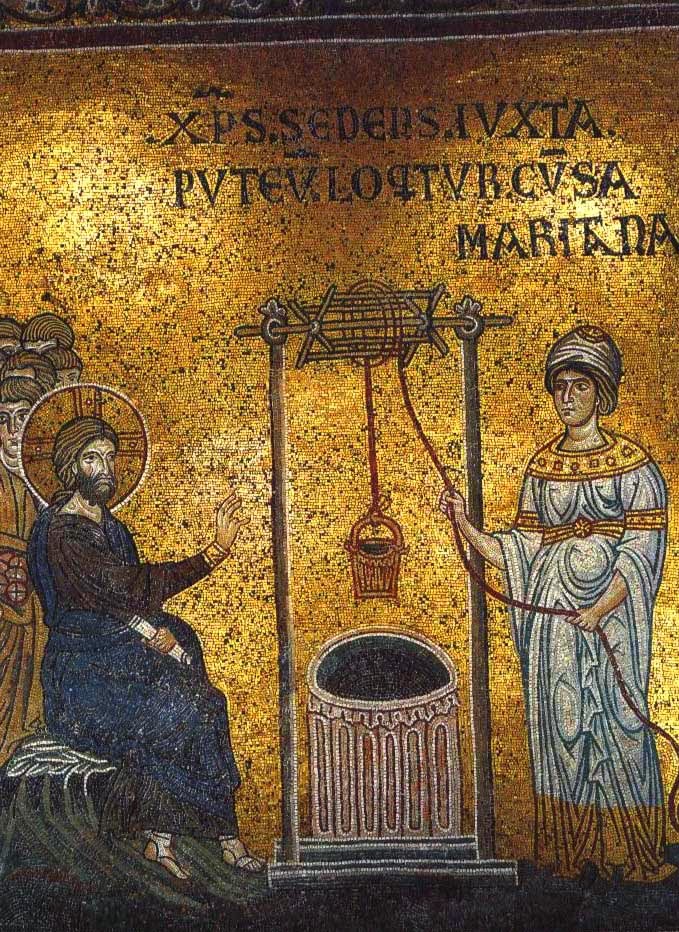 Enduring Presence,
goal and guide,
you go before and await our coming.
Only our thirst compels us
beyond complaint to conversation,
beyond rejection to relationship.
Pour your love into our hearts,
that, refreshed and renewed,
we may invite others to the living water
given to us in Jesus Christ our Lord.
Amen.

Prayer & Image Credit
Posted by Unknown at 11:18 AM No comments: 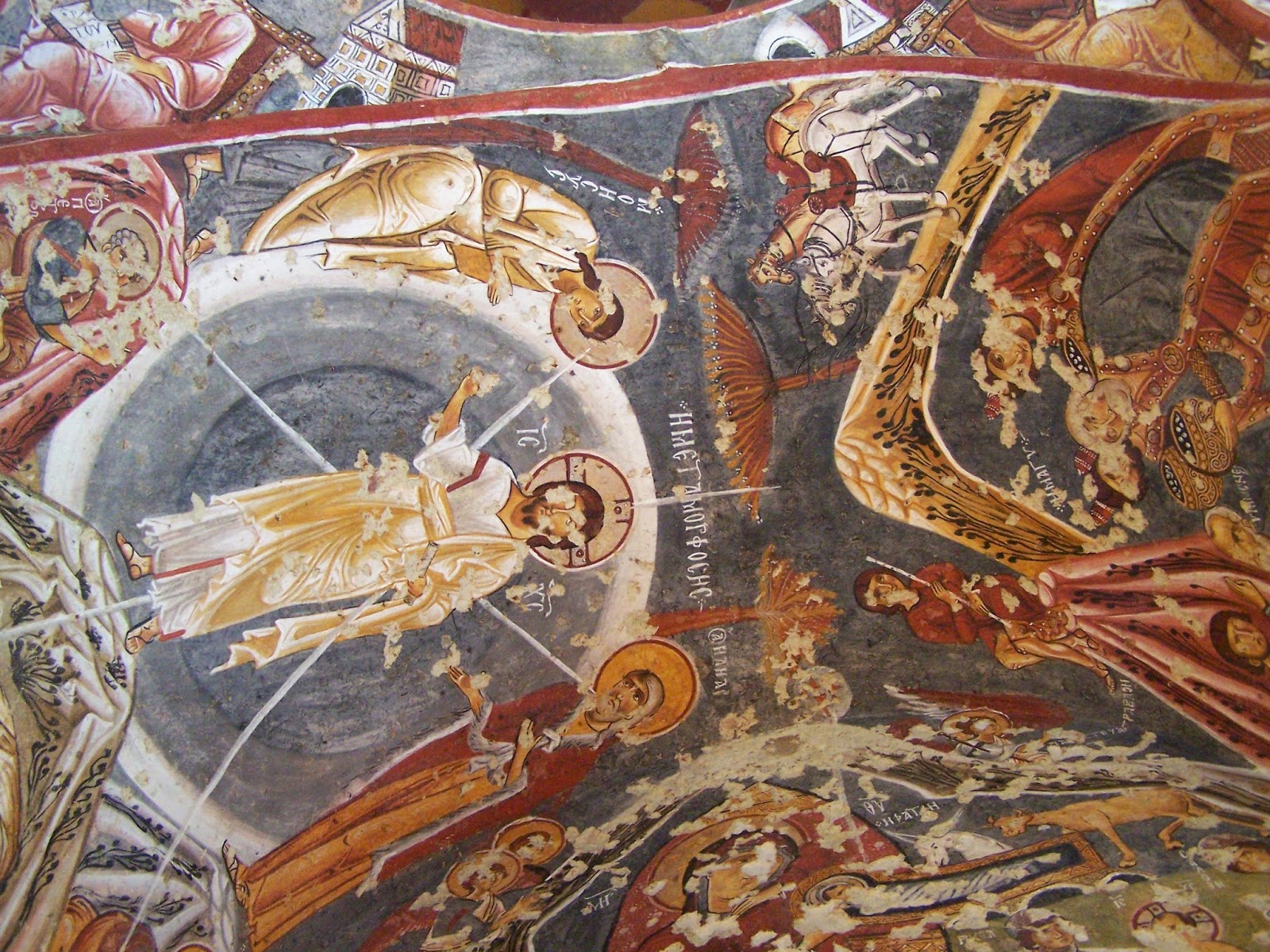 God of amazing compassion,
lover of our wayward race,
you bring to birth a pilgrim people,
and call us to be a blessing for ourselves and all the world.
We pray for grace to take your generous gift
and step with courage on this holy path,
confident in the radiant life that is your plan for us,
made known and given in Jesus Christ our Lord.
Amen. 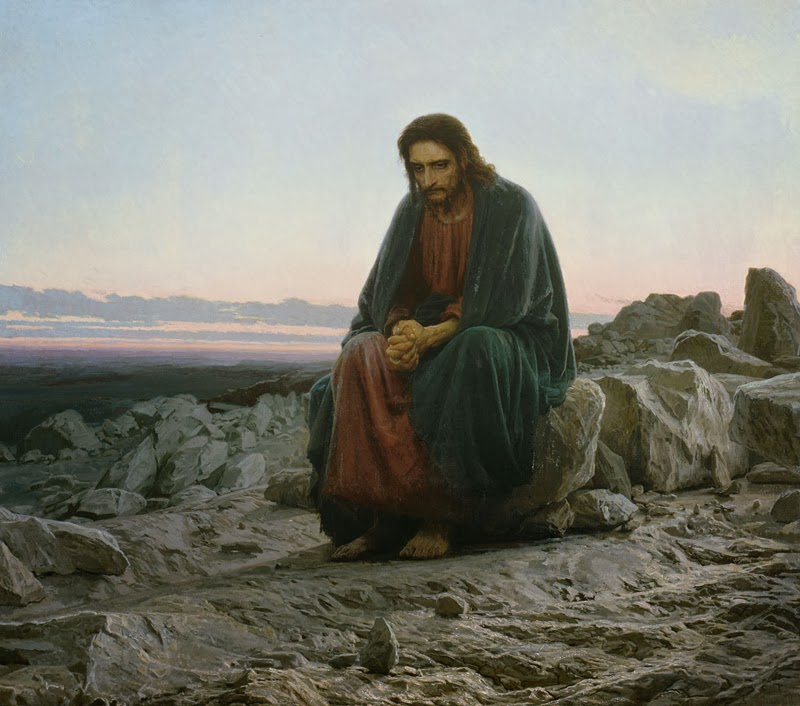 God of wilderness and water,
your Son was baptized and tempted as we are.
Guide us through this season,
that we may not avoid struggle,
but open ourselves to blessing,
through the cleansing depths of repentance
and the heaven-rending words of the Spirit.
Amen. 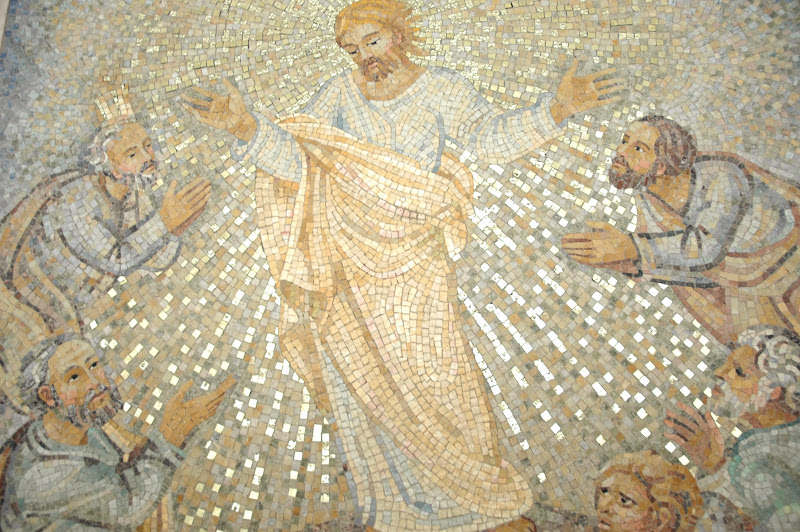 Holy God, mighty and immortal,
you are beyond our knowing,
yet we see your glory in the face of Jesus Christ,
whose compassion illumines the world.
Transform us into the likeness of the love of Christ,
who renewed our humanity so that we may share in his divinity,
the same Jesus Christ, our Lord,
who live and reigns with you and the Holy Spirit.
Amen.

Prayer & Image Credit
Posted by Unknown at 11:20 AM No comments:

The Post In Which I Check In For February 2014

How have two months already passed? The year is going to quickly! I wanted to write this post to check in on how February went with my goals for the year.

~Keep a daily journal.
I'm doing quite well with this one. I absolutely adore the Bullet Journal system I'm using. I haven't missed a single day so far this year.

~Continue keeping a list of the eucharisteo/gifts/joys/Thanksgivings in my life.
I'm doing this in my daily journal. I'll hit 3000 in a few days.

~Read at least one non-fiction book each month of 2014.
1 ~ Girl Meets God: On the Path to a Spiritual Life by Lauren Winner ~ completed 5-January-2014
2 ~ Almost Amish: One Woman's Quest for a Slower, Simpler, More Sustainable Life by Nancy Sleeth ~ completed 18-January-2014
3 ~ In Praise of Slowness: Challenging the Cult of Speed by Carl Honore ~ completed 9-February-2014
4 ~ Organized Simplicity: The Clutter-Free Approach to Intentional Living by Tsh Oxenreider ~ currently reading

~I plan to continue sharing about the creative part of my life which includes knitting, spinning, and designing patterns on a month to month basis here on my blog. Hopefully that will include sharing about designing at least six knitting patterns, knitting at least two sweaters for myself, knitting at least six pairs of socks for myself, spinning at least five batches of fiber, knitting several preemie hats to donate to charity, and who knows what else!
So far, I've completed:
*Cowl ~ 1
*Gloves ~ 1
*Hats ~ 1
*Shawl ~ 1
*Socks ~ 2
*Washcloths ~ 5
*Misc. Items ~ 1
*Spinning ~ 2

Casu Cowl ~ From the Casu Cowl pattern by Galia Lael. Knit on US7 (4.5mm) needles with New Lanark Donegal Silk Tweed DK in the Dark Graphite colourway. I knit this for myself because I wanted a long cowl to keep me warm in the cold weather. 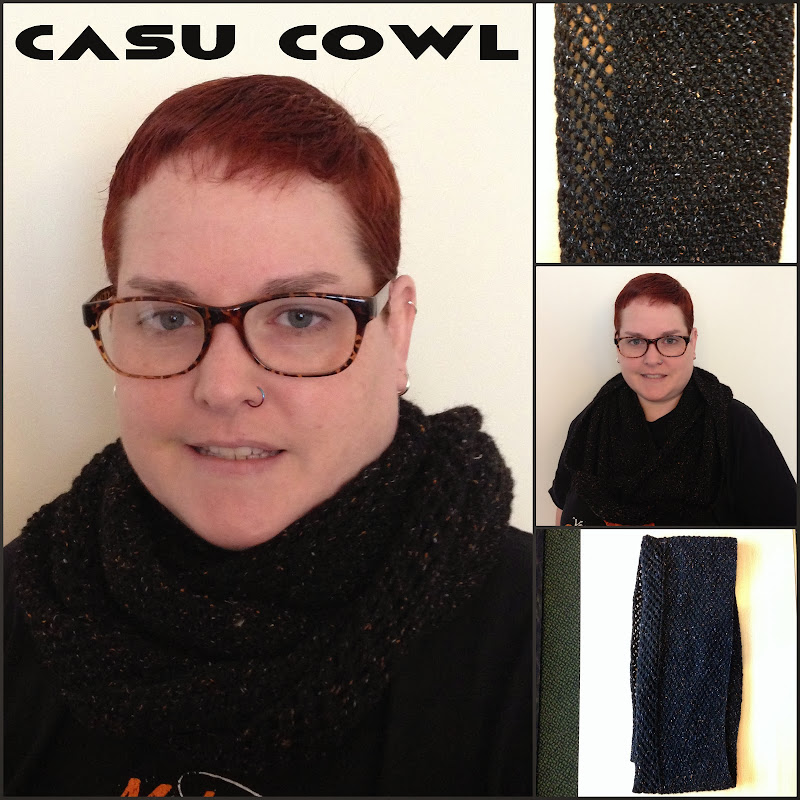 2014 Ravellenics Über Vanilla Socks ~ Used my normal vanilla sock recipe along with the Fish Lips Kiss Heel pattern by Sox Therapist. Knit on US1.5 (2.5mm) needles with Highland Handmades Sugar Maple Sock Yarn in the Über colourway. This was one of my 3 Ravellenics projects. I've had this yarn for quite some time + couldn't figure out a sock pattern to use it with. I finally decided the yarn just needed to speak for itself + I'm so glad I did! 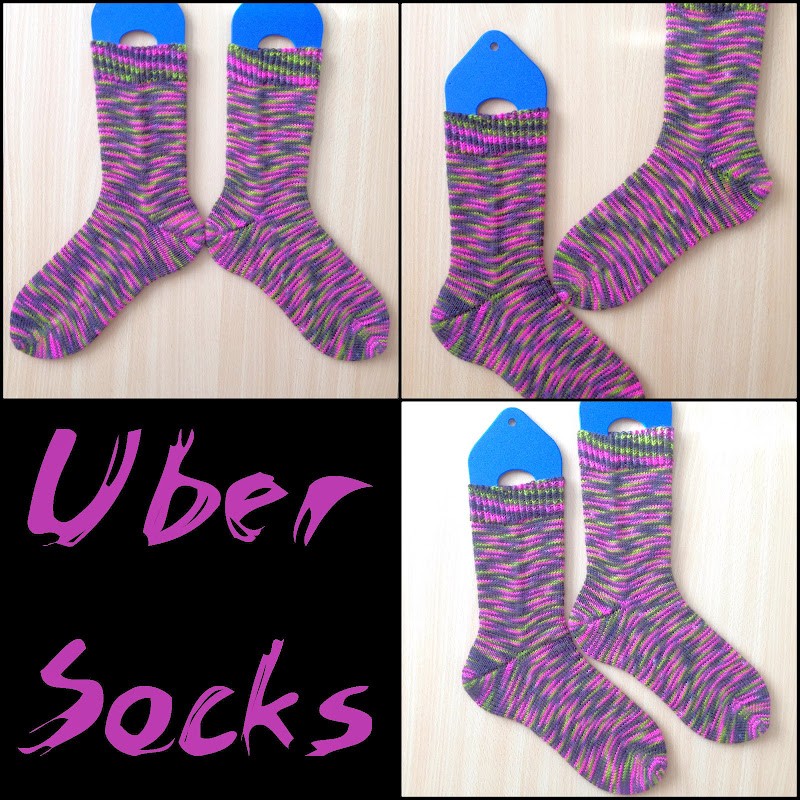 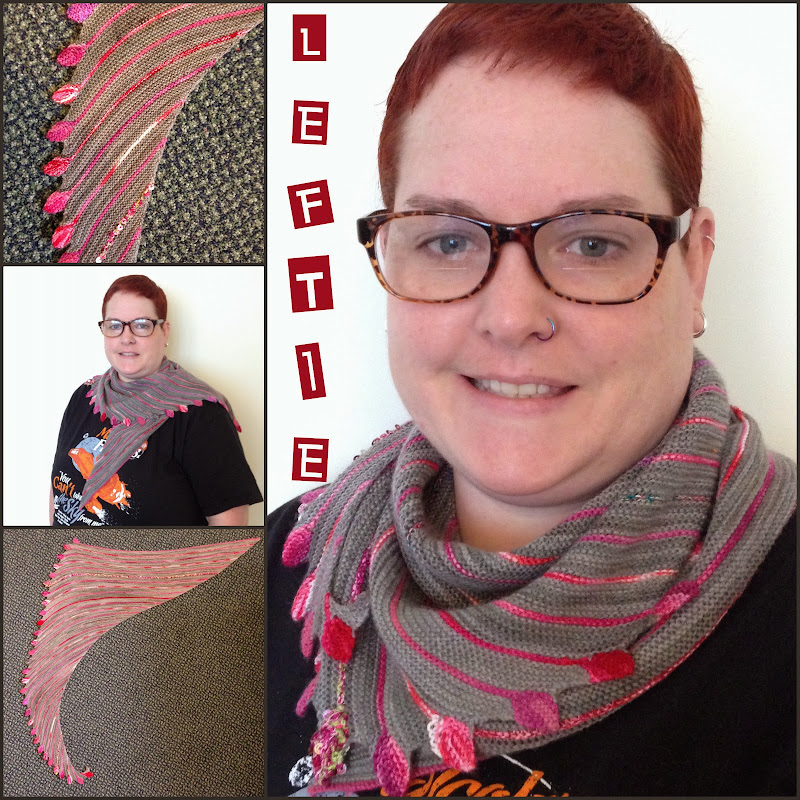 I also completed these Washcloths at the end of last year/beginning of this year + had to wait for them to be received before I could share pics.

Thanks for journeying with me during 2014! I'll talk to yall next month with an update on my progress for March.

Posted by Unknown at 3:18 PM No comments:

Email ThisBlogThis!Share to TwitterShare to FacebookShare to Pinterest
Labels: create, Everything Else, Gratitude, Knitting
Location: Edinburgh, City of Edinburgh, UK
Newer Posts Older Posts Home
Subscribe to: Posts (Atom)
The Eternal your God is standing right here among you, and he is the champion who will rescue you. He will joyfully celebrate over you; he will rest in his love for you; he will joyfully sing because of you like a new husband. ~ Zephaniah 3:17