So, unless you're living under a rock, you're probably aware that the Summer Olympics in London start in mere hours. And me being the insane woman that I am, have joined in the 2012 Ravellenic Games hosted on the amazing Ravelry website. 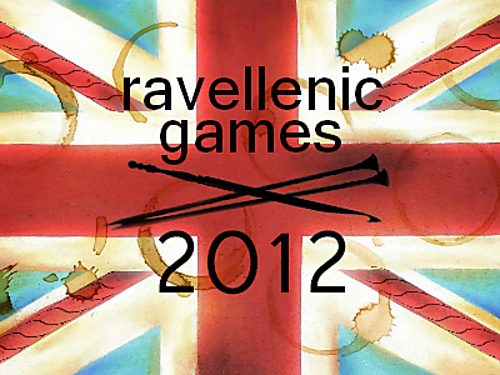 Not only am I participating in the R-Games, but I am also the team captain for our local yarn store's team, Team Yarnies. We have 22 very excited participants, 54 projects (so far, new projects can be added during the games, so we may end up with a higher number), and as of last count, we have at least one project entered in each of 28 events out of the total of 35 events. Wowzers!!!!

So, all this to say, if you see me in the next 17 days, I will be madly knitting, but thankfully I can multi-task and interact with you while I am knitting. I hope I'm up for this challenge and can compete all the projects I have on my list. So while you cheer for your country, team, athlete, etc. in the Olympic Games, say a cheer for the over 10,000 Ravletes that are challenging themselves during this 17 days competition. The Walls of My Home Are My Constant Companion

As my 12 year old daughter Damaris and I participated in the (in)RL conference several weeks ago, I cried buckets watching Sara’s story.

I cried for numerous reasons. 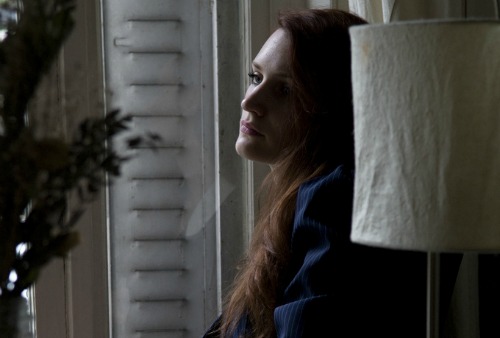 I wished I had known Sara before she journeyed into Heaven. I grieved with those who were so affected by her words and those who hold Sara close in their hearts. And finally, I cried for me. You see, I could relate to Sara’s story because I spend much of my time homebound.

Homebound, that’s a word that I would never have imagined would describe me. Such a strange word, so sad, so foreign, so isolating, so alone.

Will you read the rest with me over at (in)courage?

Image Credit: Home Alone by lobbiaz on Flickr
Posted by Unknown at 11:15 AM 3 comments:

The Post in Which I Update and Ask for Input

I'm sure yall know that I've been on a blogging break for a week now. I wanted to give yall an update and ask for some input. There are a couple of reasons I took a blog break.

First, I got some difficult news. My application for disability was denied. They agree that I can't do the work I was educated and trained to do, but they think I can work a different, more basic job. If they were to spend one day with me, they'd see that wasn't true, but... Anyway, we knew I'd probably be denied, but reading the words on paper and what they said was much more difficult than I expected. I do plan to appeal their decision. Please keep praying for me (and Russ and Damaris) as we go through this process.

Second, I'm burned out. I've been blogging in one way or another for over 13 years now. I've been blogging on an almost daily (and sometimes more than once daily) basis for almost a year now (and prior to that, I was blogging several times a week). I used to love blogging, but in recent weeks, it's become a chore.

Taking this past week off has allowed me some time to rest and think about what's next for me. And that's where I want your input.

What would you, my dear readers, like to see me blogging about? Should I keep doing the same things I was doing (Gratitude/Joy Dare/1000 Gifts; Sharing Our Spoons; InstaFriday; Five Minute Friday; quote of the week; prayer for today; monthly Pinterest challenge; reviews/giveaways; knitting, homeschooling, and other things as they occur) or should I downsize some of those things or write about something totally different that what I had been?

Another question - how frequently are you interested in me updating my blog (once a week, twice a week, three times a week, more often, less often)?

I don't want to stop blogging, but I can't keep up the pace and frequency that I was doing. So please help me as I determine what's next for me! Please let me hear your input.

Thanks for reading and continuing this journey with me.

Email ThisBlogThis!Share to TwitterShare to FacebookShare to Pinterest
Labels: Chronic Illness, Everything Else, Fibromyalgia 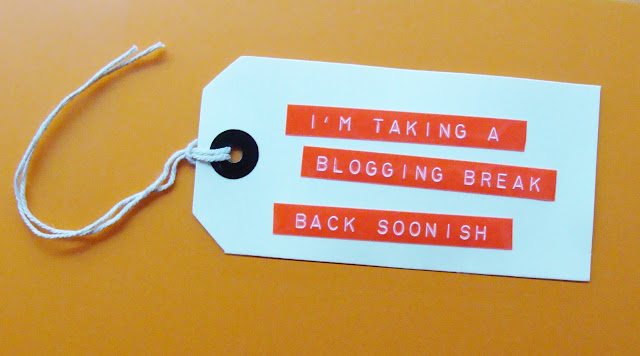 I need to take some time away from the blog. Got some difficult news yesterday regarding my disability application and it's hit me harder than I expected. Not sure how long this break will be, but I will be back. Thanks for your understanding and prayers!

Image Credit
Posted by Unknown at 1:13 PM No comments:

Email ThisBlogThis!Share to TwitterShare to FacebookShare to Pinterest
Labels: Everything Else

Can't believe this is our 5th month doing a Pinterest project! Here's what I pinned on my Crafty Goodness board. 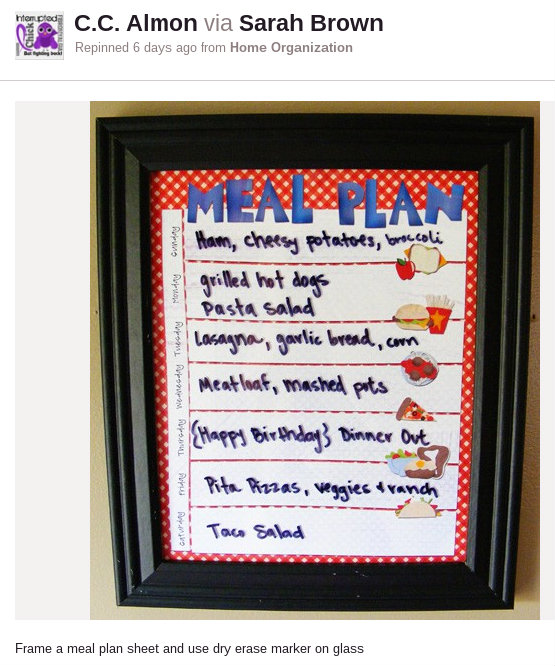 It linked to this post about making a framed meal plan.

Here's the supplies you need:
*a frame with glass in it
*a piece of scrapbook paper
*scissors
*dry erase markers 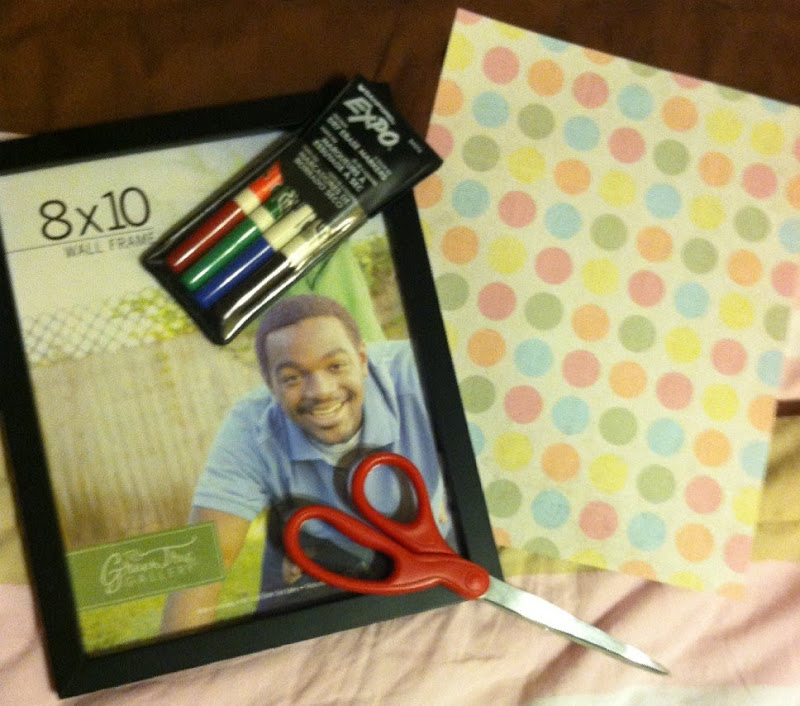 Cut the scrapbook paper down to the size of the frame (I just used the piece of paper that was in the frame as a template.) and then put it in the frame. 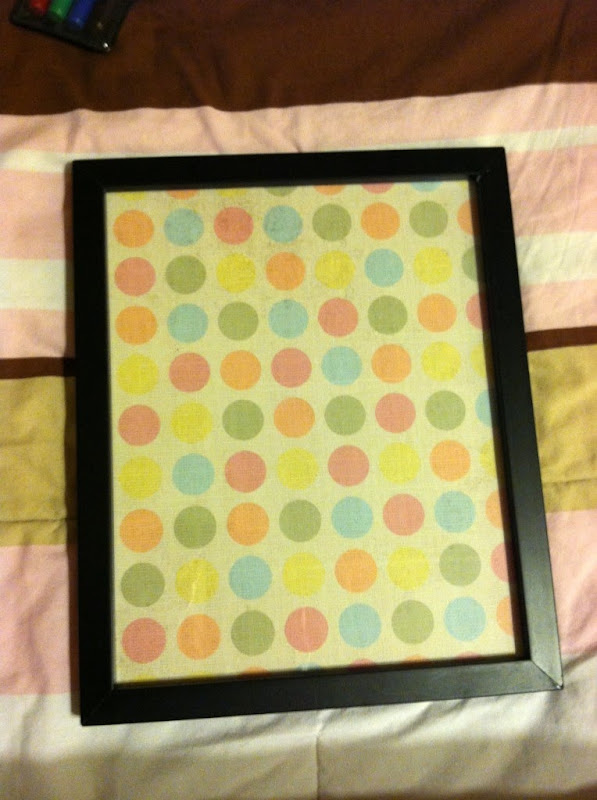 Then I wrote Weekly Menu on the glass using a dry erase marker. Since we just plan for the number of meals we need each week instead of assigning a meal to each day (other than Sunday night when we have ice cream for dinner), I just wrote the list of meals on the glass as well. 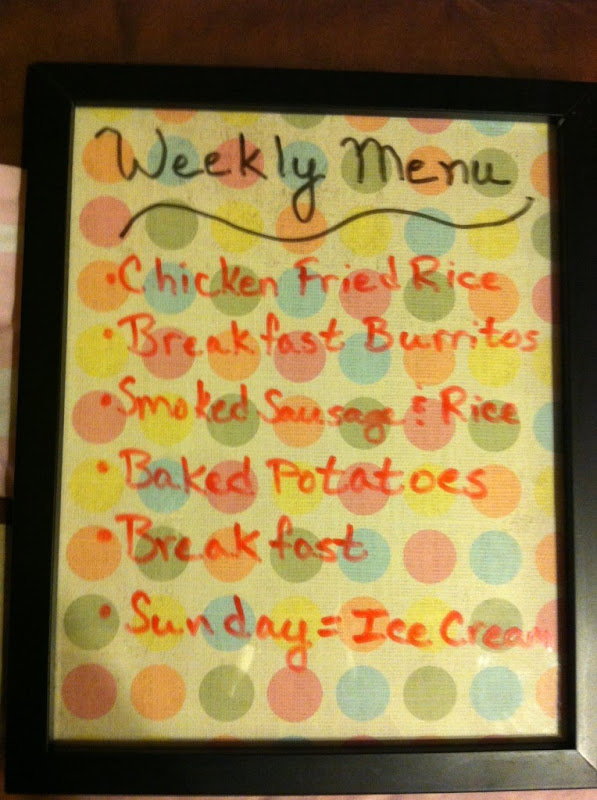 I hung the frame next to our family calendar. I think it looks great! 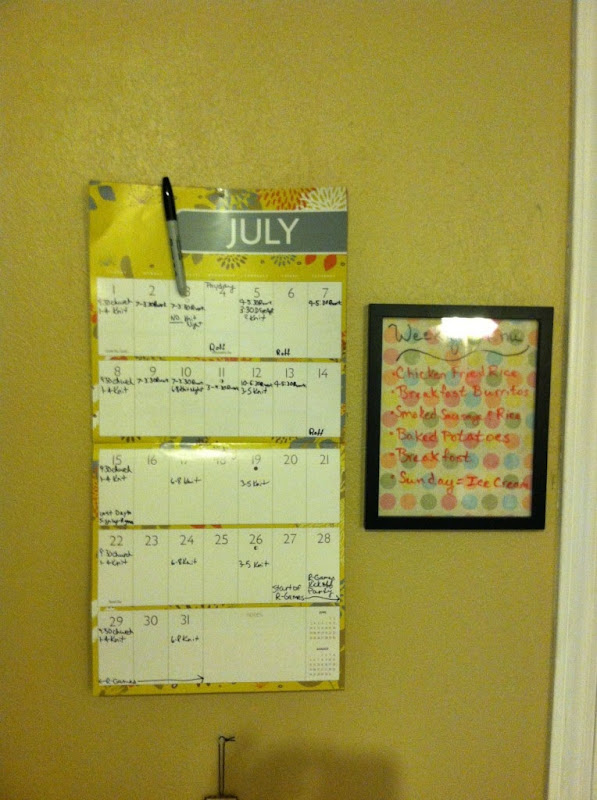 This was a super easy and inexpensive project (the frame was even on sale which made it cheaper). This saves us from using a sheet of paper each week when we make our weekly menu. Maybe we'll save a few trees that way! Until next time,

Email ThisBlogThis!Share to TwitterShare to FacebookShare to Pinterest
Labels: create, Everything Else

Sharing Our Spoons is a weekly link-up for those of us with chronic illnesses where we support and encourage each other in a holistic way by focusing on five goals each week. The five goal areas are: Physical, Mental/Emotional, Spiritual, Something fun, and BONUS: One thing to get you out of your comfort zone each week. We'll be linking up on Tuesdays. We'd love to have you join us.

My Goals From Week 8:
1. Physical: Continue working on getting to bed before midnight every night.
Ugh, I've had horrific insomnia this week. I can't seem to make this work. But I know I need to. Such a difficult state to be in.

2. Mental/Emotional: Continue knitting on my sweater & Lola's gift.
Sweater is progressing and Lola's gift is finished.

4. Something fun: Take two at a time toe up sock class at the yarn shop.
Amazing class and my socks are progressing well.

5. BONUS: One thing to get you out of your comfort zone a week: Continue working on plans to open an Etsy shop - Finish knitting pattern I started on and knit up another pattern.
So much knitting, so little time. I did design a pattern this week so that is progress.

My Week 9 Goals:
1. Physical: Continue working on getting to bed before midnight every night. Please God, make this insomnia go away!
2. Mental/Emotional: Continue knitting on my sweater & socks.
3. Spiritual: Continue reading/journaling What Women Fear: Walking in Faith that Transforms

by Angie Smith.
4. Something fun: Work on the goodies for the official Ravellenic Games Team Yarnies goodie bag (I'm the team captain).

5. BONUS: One thing to get you out of your comfort zone a week: Continue working on plans to open an Etsy shop.

Your turn! Link up with Jamee here. You can also join the Facebook Sharing Our Spoons group by clicking here.

Posted by Unknown at 2:47 PM No comments:

A Prayer for Today 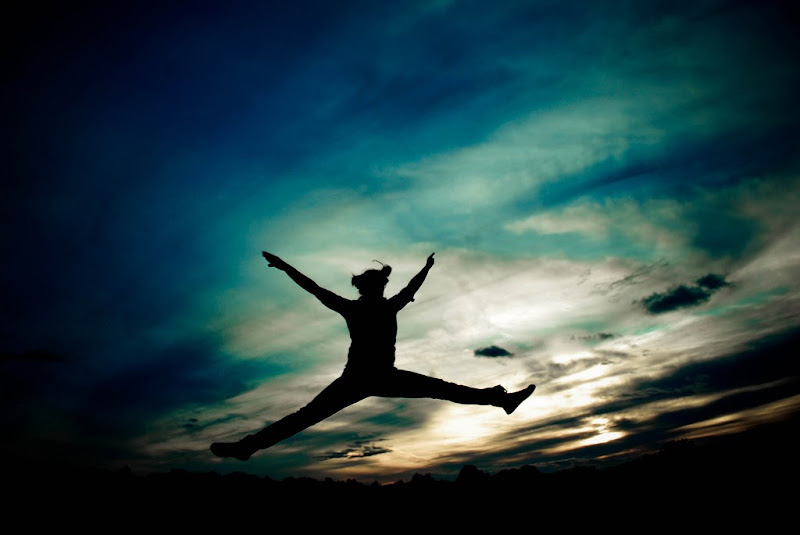 Creator God,
you call us to love and serve you
with body, mind, and spirit
through loving your creation
and our sisters and brothers.
Open our hearts in compassion
and receive these petitions
on behalf of the needs of the church and the world.
Holy One,
hear our prayers and make us faithful stewards
of the fragile bounty of this earth
so that we may be entrusted with the riches of heaven.
Amen. Prayer & Image Credit
Posted by Unknown at 9:05 AM 2 comments:

Email ThisBlogThis!Share to TwitterShare to FacebookShare to Pinterest
Labels: Everything Else, Ministry
Newer Posts Older Posts Home
Subscribe to: Posts (Atom)
The Eternal your God is standing right here among you, and he is the champion who will rescue you. He will joyfully celebrate over you; he will rest in his love for you; he will joyfully sing because of you like a new husband. ~ Zephaniah 3:17