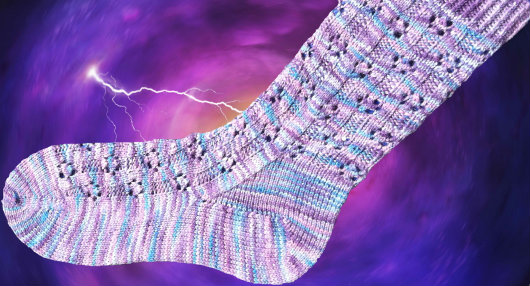 Rescue Me, Chin Boy, and Show Me the Stars
(Doctor Who Inspired Socks)

When I saw this yarn, I knew I wanted to use it for an amazing pair of socks. The silver in it instantly brought to mind the sparkle of stars. As I pondered possibilities, the thoughts of stars kept coming back to me again and again. I eventually merged together several ideas and began knitting these socks.

After getting a couple of pattern repeats in, I began to giggle & commanded the attention of my 13 year old daughter Damaris (who is also a knitter and a bigger Doctor Who fan than I am). I just had to show her what was happening.

Because you see, not only were there the beautiful 6 pointed stars I had designed, but there were also waves that invoked thoughts of wibbly wobbly timey wimey stuff. (Here’s the quote for those who are wondering: “People assume that time is a strict progression of cause to effect, but actually from a non-linear, non-subjective viewpoint - it’s more like a big ball of wibbly wobbly…timey wimey…stuff.” The Tenth Doctor, Doctor Who 3.10 Blink)

And if you’re not a Doctor Who fan, never fear! This pattern is subtle enough that you can simply call it Show Me the Stars and never mention the Doctor Who reference.

Available for purchase now at http://www.ravelry.com/patterns/library/rescue-me-chin-boy-and-show-me-the-stars-doctor-who-inspired-socks

These socks are knit using the magic loop method (although the purchaser could easily adapt it for two circulars or double points).

Judy’s Magic Cast On and Jeny’s Surprisingly Stretchy Bind Off are used in this pattern.

This pattern includes instructions for 64 stitch and 72 stitch socks.

For the first week after this pattern releases, after you purchase this pattern, send me a private message on Ravelry (send the private message to JavaPurl) with the Ravelry username of 1 person you want to gift this pattern to and I will gift it to them (and let them know you’re the one who gave it to them) for FREE!!!!! I will process all of the free gifted pattern by midnight (central time) on April 10th.

In addition, for the first week after this pattern releases, for every 10 purchases of this pattern, I will do a random number generator and the chosen number/person will receive a refund of the purchase price of this pattern. I will announce everyone who is a winner (who will receive a refund) on the Geeky Girls Knit Podcast on Wednesday, April 10, 2013 and will process all the refunds by midnight (central time) on April 10th. 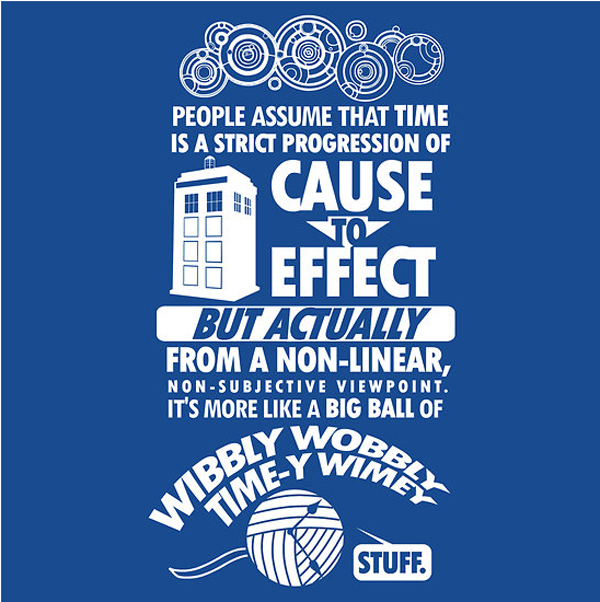 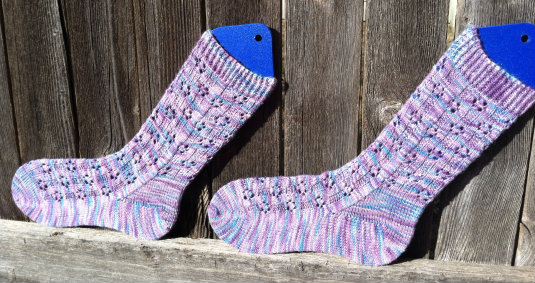 Image Credit: Clara & Timey Wimey
Posted by Unknown at 11:13 AM No comments:

Email ThisBlogThis!Share to TwitterShare to FacebookShare to Pinterest
Labels: Knitting, Movies and TV

The Post In Which I Check In On Create for February

Two months ago, I shared that my word for this year is create. I also shared some goals to go along with my word create. It's time to check in again. 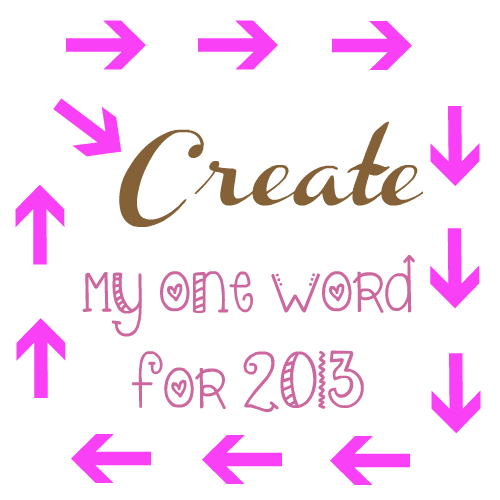 ~Design & publish at least six knitting patterns.
*The pattern I submitted for publication was rejected. That's been tough to deal with emotionally. However, I've decided to self-publish it. It is with 3 test knitters right now with the plan to release it on March 29th.
*Writing & knitting another pattern right now (a baby blanket).
*Have an idea for the third pattern, but it's only in the sketching stage.

~Knit enough pairs of socks that I can stop wearing store bought ones.
*Three pairs completed. I'll share the third pair later this month after I self-publish it.
*I also knit another pair of socks in February but they are a gift for a friend.

~Knit my second ever sweater.
*Looked through some patterns. Haven't found the right one yet. The actual knitting won't occur until after we move to Scotland.

~Knit at least six preemie hats to donate to charity.
*2 down, 4 to go. #2 was knit in March though so I'll save it for next month's round-up.

~Consistently journal.
*Continuing to journal almost daily even if it's just a few sentences each day.

~Continue keeping a list of the eucharisteo/gifts/joys/Thanksgivings in my life.
*Made it to #1800 last week.

Finished Projects
Rambled Hat for Wyatt ~ From Rambled by Dani Sunshine. Knit on US 5 (3.75 mm) & US 6 (4.0 mm) needles with Rowan Baby Merino Silk DK in the Bluebird colorway & Universal Yarn Classic Shades in the Storm Clouds colorway. This hat was a Valentine's Day gift for my nephew Wyatt. 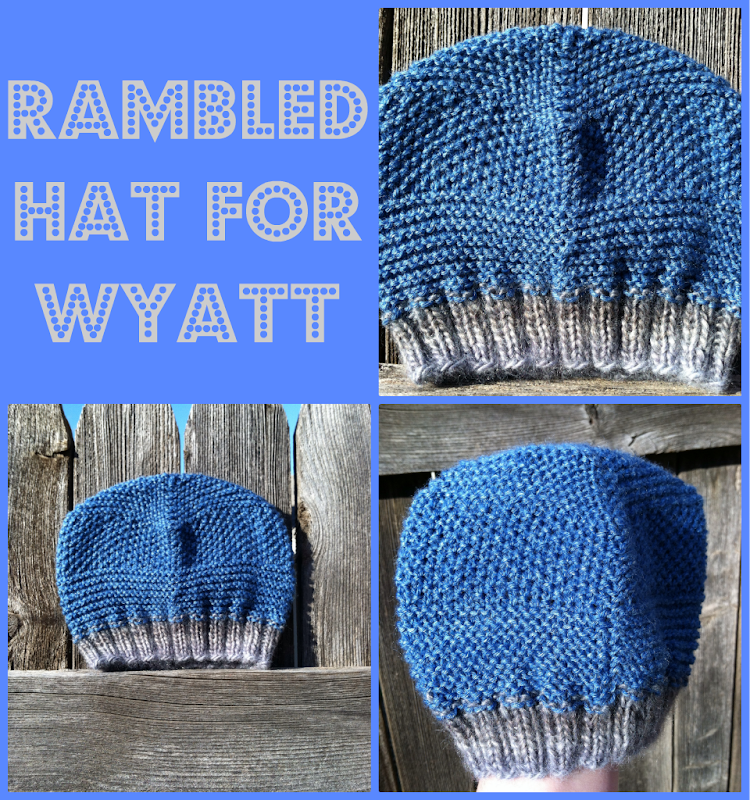 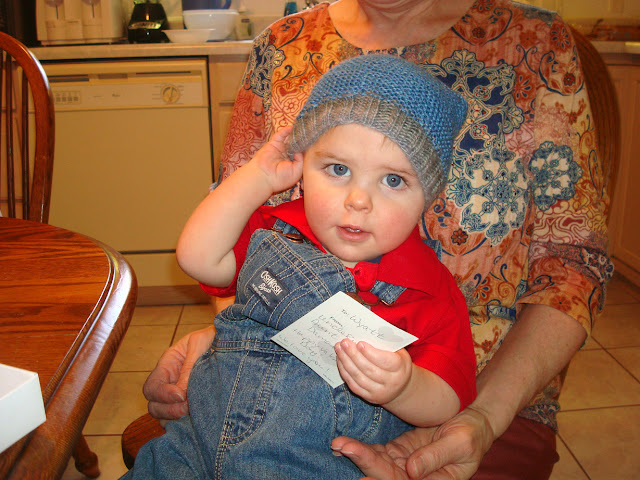 Camden Cap for Lola ~ From Camden Cap by Woolly Wormhead. Knit on US 5 (3.75 mm) &US 6 (4.0 mm) needles with Caron Simply Soft Solids in the Sunshine colorway & Universal Yarn Classic Worsted Impressions in the pink, red, & yellow colorway. After seeing & trying on the Camden Cap I made for my sister (her Momma), my 4 year old niece Lola asked for a Camden Cap in her size. I don’t have quite enough left of the yarn I used for her Momma’s hat, so I’m mixed a solid yellow in with it. This was her Valentine's Day present. 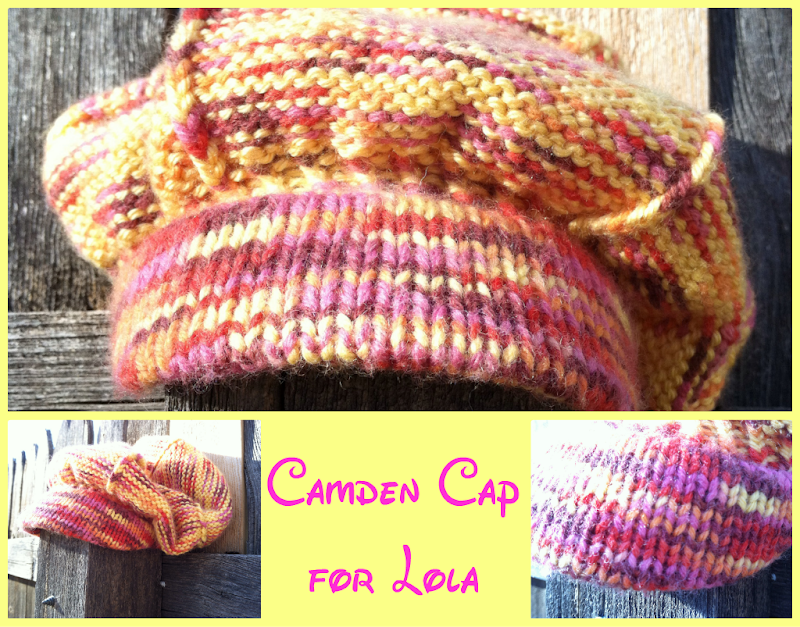 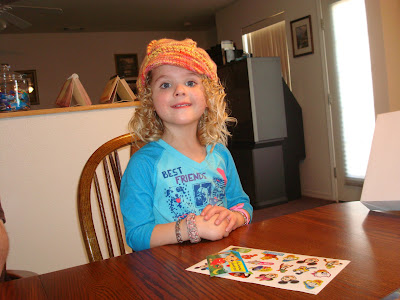 Currently Unnamed Baby Blanket Design ~ I'm designing this pattern. Knitting on US 5 (3.75mm) needles with leftover soft yarns from my stash. This will be a gift for friends.

Camden Cap for Momma W. ~ From Camden Cap by Woolly Wormhead. Knitting on US 5 (3.75 mm) & US 6 (4.0 mm) needles with Kraemer Yarns Perfection Worsted in the Quartz & Sky colorways. This is for my Momma.

2013 Projects To Date:
I thought it would be neat to keep a list of all the projects I knit during 2013. Posted by Unknown at 5:34 PM No comments:

Email ThisBlogThis!Share to TwitterShare to FacebookShare to Pinterest
Labels: create, Family, Gratitude, Holidays, Knitting, Photos
Newer Posts Older Posts Home
Subscribe to: Posts (Atom)
The Eternal your God is standing right here among you, and he is the champion who will rescue you. He will joyfully celebrate over you; he will rest in his love for you; he will joyfully sing because of you like a new husband. ~ Zephaniah 3:17